a team of seasoned executives

A Team of Seasoned Executives

Jim is an accomplished entrepreneur having launched several successful companies focused in the competitive medical field. He is currently involved with LMS Medical which has been in business since 1994 and has been supplying the medical industry with both capital, instrument and disposable products worldwide. Jim's dealer network is truly a global network. Products are both imported and manufactured in the U.S. and in turn sold to this solid worldwide dealer network.

Prior to LMS Medical Jim was founder of Laser Medical Services Inc. LMS provided the medical community with all aspects of medical laser requirements from education, servicing and product needs as it relates to laser surgery. The primary focus was in the Northeast corridor.

In conjunction with LMS Jim also founded Fiber Delivery Concepts (FDC). FDC was the designer of a new disposable yag (NG) fiber used in laser surgery. This patented product was OEM (other equipment manufactured) and sold to a major supply manufacturer for $6 million dollars. Jim got involved in the medical field when he was named controller for a start up company, Merrimack Laboratories. Merrimack laboratories developed the first CO2 laser introduced in the medical field. Merrimack grew to over $3 million dollars in two years and was sold to Cooper Laser for $16 million dollars.

Jim graduated as class president of Arlington Catholic High School where he was captain of the football team and was the recipient of the Father Casey Unsung Hero Award. Jim attended Boston College  email: jwalker@c-levelclone.com

Tom is an accomplished executive who has worked at world class universities such as Stanford and Notre Dame, and has also worked with some of the biggest names in sports. He has developed relationships with executives at Google, CBS, Red Hat, TD Ameritrade, Morgan Stanley and other top companies. Tom knows what it's like to be a team player in both business and in sports. He was captain of the University of Massachusetts basketball team. During collegian career Tom played alongside NBA legend, Julius DR J Erving, Boston College coach and former NBA player, Al Skinner and Louisvillle and former NBA coach, Rick Pitino. As a Senior, Tom was awarded the Oswald Behrand Award as the Outstanding Student- Athlete at the University of Massachusets.

After college Tom was offered tryouts by the Boston Celtics and Dallas Cowboys but chose to accept a guaranteed contract to play in Europe. After playing in Europe for several years Tom accepted a position as assistant basketball coach at Stanford University and then went from Stanford to Notre Dame to be top assistant for Digger Phelps. Tom ended up as head coach at the University of Massachusetts. After coaching Tom was brought into legendary sport's attorney Bob Woolf's Boston firm where he worked directly with Bob on contract negotiations and major marketing deals for athletes and entertainers.

After Bob Woolf's unexpected death, Tom formed Best In Sports, a sports marketing and representation firm. Tom's experience as a coach, entrepreneur and sport's agent have afforded him the opportunity to have worked with or coached: LaPhonso Ellis, Bill Cartwright, Larry Bird, Byron Scott, NENE, Kenny Walker, David Rivers, Chris Morris, Courtney Hawkins, Earl Cureton, Matt Geiger, New Kids on the Block, Glen Rice, Terry Mills, Loy Vaught, Al and Florence Joyner and others. Tom also did marketing and sponsorship deals for Nascar and the #21 Wood Brothers Citgo car.  At Best In Sports Tom has led major consulting projects to form global youth sports internet and mobile networks connecting millions. He was instrumental in a social media company that optimized communication tools and the formation of a technology think tank that worked on projects such as streaming video, internet TV Networks, the last mile and an internet overlay for the financial industry.

Tom's successes include providing guaranteed contracts for players in Europe and other foreign countries. Tom is Co-Founder of the American International Players Association a global organization that has been fighting for player's rights. Email: tmclaughlin@c-levelclone.com

Joe Stasio brings a multitude of experience in managerial, operations and business development expertise to C-Level Clone. He has founded and sold several companies and has developed several programs to help entrepreneurs achieve suceess.

Joe is Associate Professor of Marketing in the Girard School of Business and International Commerce at Merrimack College in North Andover, Ma. Since 1982, he has extensively researched, written and lectured on a variety of topics in marketing and entrepreneurship with particular emphasis on strategic planning and managerial leadership.

He is the co-founder of the Small Business Development Center as Salem State University in Salem, Ma. A number of programs and workshops were established to provide small businesses and nascent entrepreneurs the resources necessary to succeed. He managed the counseling function at the center, created detailed business plans for companies, developed financial proposals for business funding, counseled, developed marketing plans, recruitment of additional counselors, case assignments and writ-ups, conducted monthly staff meetings and developed and conducted training sessions.

As Founder and President of Mandees Pizzerias, over a sixteen year period, Joe built a small chain (5 locations) of pizza restaurants from the ground up. He was responsibile for every facet of development from location and design to financing and operations. The restaurant chain had revenue in excess of $1 million when it was sold in 1986.

Joe was also the founder and managing partner of The Pallas Group, a network of small advertising specialties and engraving operations on the north shore of Boston. The company specialized in sports and executive gifts. Joe was responsible for planning alliances and partnerships within the network which allowed the operation to triple its revenue and to substantially increase profits.

As managing partner of Sleep-a-Rama (1990-1995), Joe owned and operated 6 franchised locations of a 50 store chain in New England where he developed local marketing promotions and operational programs. Sales reached $1.35 million in the 5 years.

He was a founder and Director of Marketing for a dot com era start-up, TeeTime World.com (1996-2000). TeeTime World was a central tee time reservation system for golf courses and golfers to make use of the internet. It consisted of a central tee time reservation web site and separate web store fronts for golf courses. Golfers search the web for golf courses and available tee times and make reservations. It included a telephony system and many other features. The ventured raised $2.5 million with options for several million dollars in a venture capital private placement. The venture was victimized in the dot.com bubble scenario. The assets were used to start Domani Software Services (2001-2005) where our expertise was used to assist enterprises in the medical and security software industries. The founders then split and two new companies were developed. Three of us launched Cardea Technology which built on our medical device experience and led to the marketing of Bonestation, a unique software package that works with Dexa technology to assist doctors and technologists who practice medicine in the bone densitometry in the treatment of osteoporosis.

Founder and management consultant of BK Navigator (2005-2007), Joe helped develop a system to address the needs of potential bankruptcy candidates by providing the necessary tools for service professional (lawyers, credit counseling agencies, financial literacy programs) to coordinate their services and regularly report these activities to the Office of the U.S. Trustees (EOUST). The company was later sold for $1.5 million.

Joe has an undergraduate degree in business from Salem State University, an MBA and an APC from Suffolk University. He is also A Professionally Certified Marketer (PCM)
Email: jstasio@c-levelclone.com

What we bring to the table 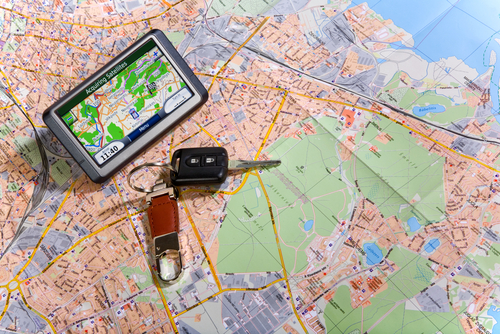 Resources
• Bring you sales, software development, solutions, as well as strategies
• Find a scalable way for you to acquire customers
• Monetize customers at a significantly higher level than your cost of acquisition